Batlle has shown internationally since 1998.  He is one of the few Californian conceptual artists to deal with food, though one might also ponder John Baldessari’s Mayonnaise or the oeuvre of Ben Kinmont.  As an active bon vivant based between Brooklyn and Occitania, Batlle became famous for his use of vintage illustration on enlarged restaurant menus as a conceptual strategy but has of late sworn himself to painting that emphasizes the materiality over its subject matter. 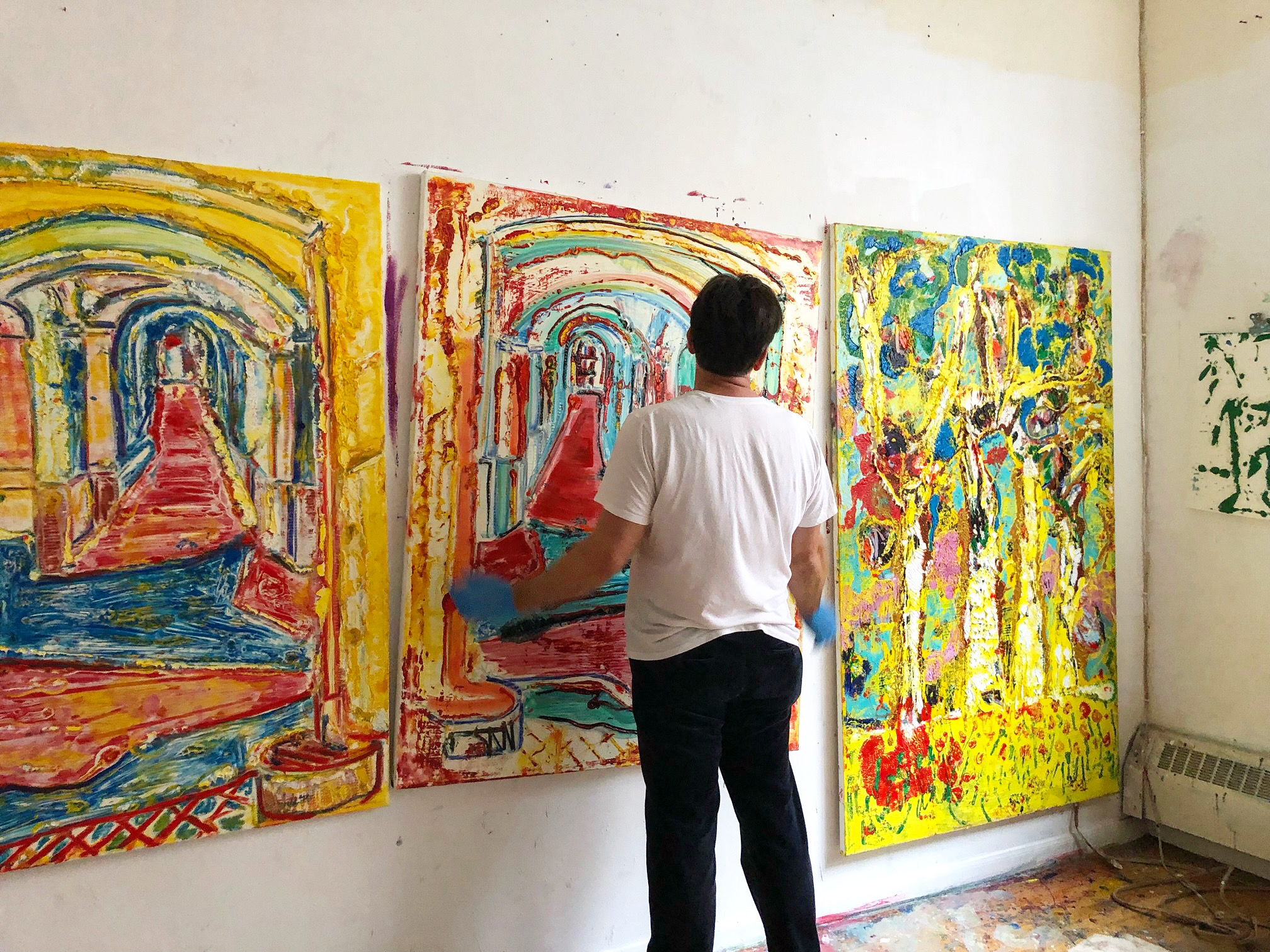